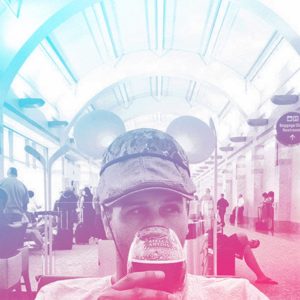 Jason Malmberg is a self-taught graphic designer with nearly 20 years experience based out of Sacramento and experienced working on everything from gig posters to alternative newsweeklies to glossy print magazines to branding and print to web, mobile and even app and game design. With aptitudes ranging from layout to illustration to brand strategy and social media campaigning, he prides himself on versatility throughout a number of skillsets and styles.

Born and raised in Omaha, Nebraska, he has called Northern California his home since 1999. In that time he has Art Directed and designed many of the region’s premier publications, from the Sacramento News & Review to now-defunct MGW to Sactown magazine, for which he was both founding AD and remains a contributing designer to this day.
Since 2004, Malmberg has been creating gig posters (event posters for concerts designed with a more artistic than promotional bent) for shows large and small, local and international. From short-run prints for intimate indie rock shows at clubs to international tour posters to full-branding and design for major music festivals, Malmberg (designing under the name “Decabet” with a full, separate portfolio site here) has created a formidable and wide-ranging body of work: collage, illustration, photography and all points between. With over one hundred posters in total under his belt, he still creates several new pieces every year, most of which are up for display on this site. In addition, he also designs full branding and album cover packages for digital, CD, and vinyl.

His work has appeared worldwide and sold on six continents (still holding out hope for McMurdo Station to get savvy), in print, pixel, and video and he’s won a number of prestigious industry awards for both print and web work.

If you are interested in commissioning Malmberg for a custom design project, drop a line to his email at jason.malmberg@gmail.com he will be in prompt contact, often within 24 hours.